I discovered a new fruit at Russo's! This one doesn't really look a whole lot like anything, and if you live in a remote place with houses built into mountains to hide from the Vikings like I did, even the thing that you think it might be is a trick. 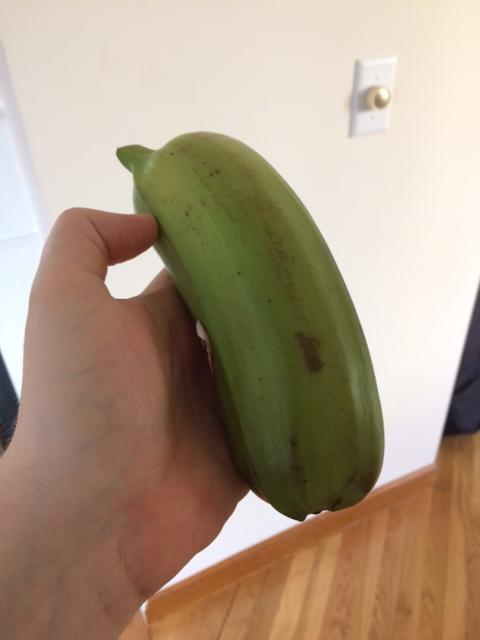 This is a Hawaiian plantain. We don't get any kinds of plantains in Scotland, and they're disingenuous at the best of times - they look like mutant Incredible Hulk bananas, bigger and greener, but taste closer to a potato because they have so much starch in them. This one is a particularly fat variant of the family, with a shape almost like an American cucumber, and is ripe when it's banana-yellow.

Plantains are usually cooked to soften them because of the high starch content, but this variety is polymorphic - you can use it like that as a vegetable when it's yellow, or wait a bit longer and eat it as a fruit when it gets to this decrepit rotting state. 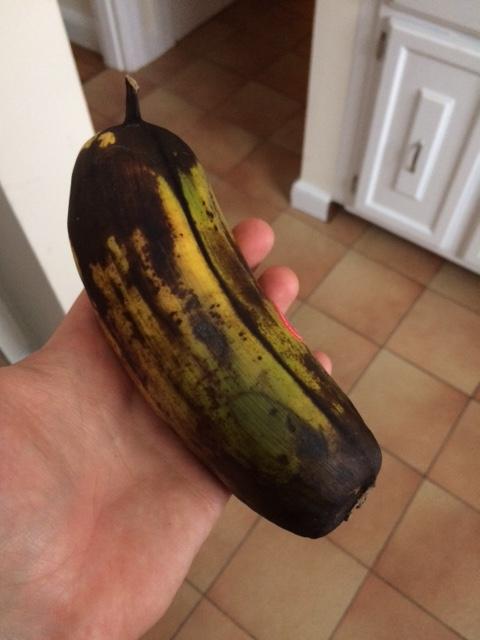 In my searches for how to effectively prepare and eat this, I was immeasurably delighted to discover Bananas.org, a thriving community that I had no reason to think ever existed. It is a hub for banana enthusiasts to post about their banana collections and share banana photos and stories - a whole subforum is dedicated to banana identification (both ornamental and edible) for people who have some plants that they don't quite know the sub-genus of. There is also a marketplace for people to auction or trade their bananas, with the eventual goal of catching them all and assembling a giant banana monster to destroy those pretentious Apple fans. 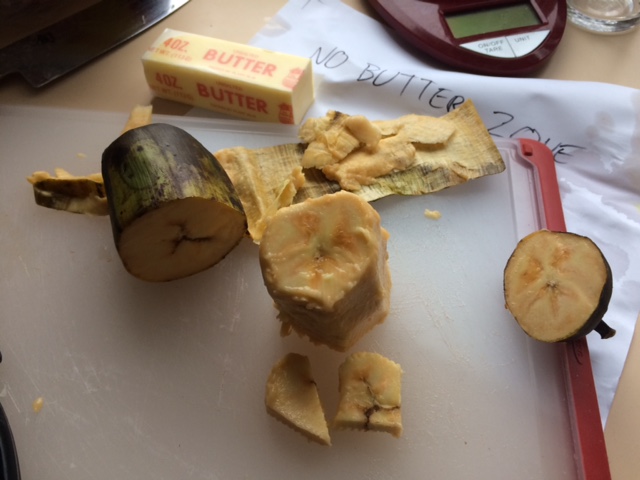 Still - when you cut it open you have a very traditionally banana-like appearance inside, with maybe a bit of a larger core area. It also has skin thinner than the American president, and is awkward to peel off without leaving residue behind - I used a knife to carve it off. At this very ripe stage, the interior tastes very much like the bananas that we're more familiar with, but still with a lingering starchy texture towards the middle.

So on the advice of the Internet, I made up a sugary batter, sliced the whole thing into thin discs, dipped them in, fried them a bit, and... 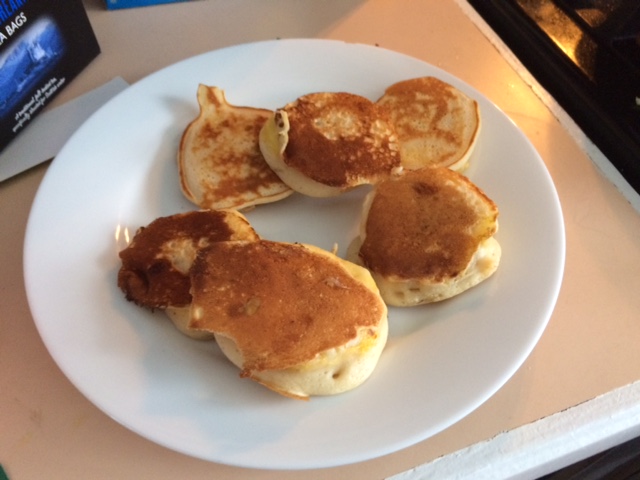 ...hmm. Sorry, these actually appear to be pancakes. Perhaps I made the batter a little too thick (I wasn't really measuring because I was making so little), but what resulted was little pancakes with hot plantain inside. In pictures I've seen, the batter shell is supposed to be thinner and less enveloping, but the result was still good - they're commonly eaten with honey, but being Scottish, I used golden syrup.
Tags: what's my fruit?
Subscribe